March Madness is here, but that doesn’t mean just basketball. This March has seen all kinds of controversy swirling regarding display advertising and how display ads were being shown on either videos (such as YouTube) or sites with unsavoury content. The timeline on this has been short and of surprise to no one heavily involved in Digital Marketing.

The whole whirlwind appears to have been kicked off by an article in a British newspaper, where reporters had found ads of various advertisers showing on terror-related pages and videos. Initially, the finger was being pointed - at least in part - at the advertisers and forced many to respond publicly at charges that they were (even inadvertently) funding criminals and those who support mass murder. However, this soon morphed into the blame being directed more towards the advertising networks - Google being easiest to name for journalists - and multiple commercial and governmental organisations announcing advertising boycotts.

Non-digital experts may feel like this is all very sensible and that there’s been some bad behaviour somewhere in the complicated world of online advertising but the reality is that this is “madness”. 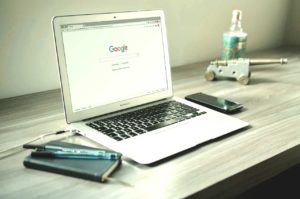 Display advertising, in fact, is nothing like the buying of ad space in a print publication, where you can negotiate sizing and positioning in fine detail, and where you can guarantee that anyone reading the page on which you have the ad will see that ad. It is in no way as direct a process as throwing an orange ball into the netted hoop of your choice!

Display ads load in real time on a page which could be totally dynamic (e.g. a forum), could also contain the content of multiple sites (embeds) and potentially every page load of this same page could show a different ad not only to every single visitor but even whenever the same visitor reloads the page. In addition, the uniquely digital ad format of remarketing cannot be discounted from reducing control for any given advertiser.

Remarketing is the delivery of ads targeting people not publications on the web based on their behaviour (on the site you are marketing, typically).

In addition, there is the concept of targeting users by the keywords they use on search engines and delivering display ads on whatever site they visit on the strength of those searches.

It is absolutely true that there is the ability for advertisers to exclude ad delivery from classes of sites, individual URLs, and even text content in pages but the latter options and the overwhelming approach on this is, inevitably, reactive and opt-out rather than opt-in. The point being that no advertiser is consciously “choosing” to advertise on objectionable page content.

So are advertisers right to blame the likes of Google instead and boycott them? Well, this does seem to be rather an over-reaction to ill-informed bad publicity in an effort to throw public opinion/outrage in a different direction, rather than truthfully reflect the complex nature of this challenge. However, Google can and should restrict more carefully ad delivery on their YouTube videos and even slight over-compensation is preferable to under-regulation.

No broad digital advertising network can possibly hope to guarantee 100% brand safety if they are to offer reach across the wider internet and not just highly established websites. But also, it’s about reaching people, not just websites, and it is impossible to control the sites people visit after being added to an automated remarketing list against which they will be shown ads.

That said, if, as an advertiser, you are made gunshy by the unknown risk out there, there is a way to maximise your brand safety and that is to use the several specialist ad networks out there who only deliver to suites of established, commercial sites onto which objectionable content will not creep. The usual cost for this conservative approach is, however, a smaller reach than competitors and, often, higher CPMs/CPCs. This is because it is rare that those networks have exclusive access to those quality sites and so you are still competing against just about everyone else but reliant on that limited set of sites for all your traffic, unlike the competition.

Should a larger network, such as Google’s try to more pro-actively vet sites - and we’re not saying this shouldn’t happen, welcome improvements can always be made - this may serve to calm the situation down. They have announced plans and this is a good start. But businesses and other advertisers need to temper their expectations and not demand 100% perfect brand safe yet broad reaching environments in the realm of digital display advertising.

For more information on optimising your performance display advertising, Tweet us @ESV_Digital_UK or follow us on LinkedIn.

Back to the blog